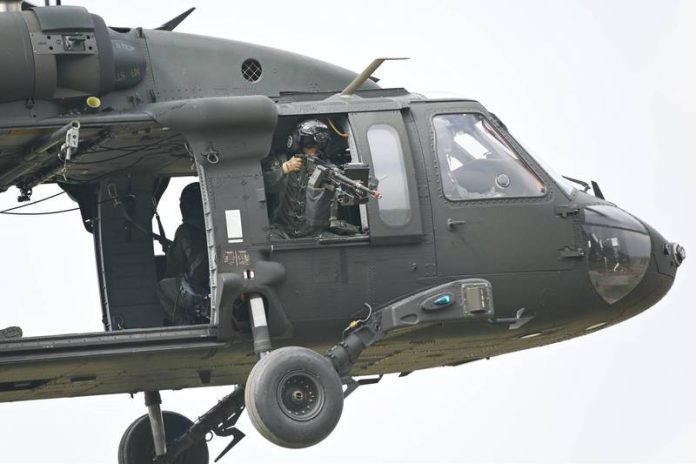 “The Air Force Rescue Team dispatched helicopters for rescue missions, which is a warm image familiar to Chinese people. However, in order to consider the needs of wartime tasks, the Air Force Ambulance Team has carried out the first time in 70 years since the army was established , with the M240 general-purpose machine gun configured by the Air Force Black Hawk helicopter, to conduct ground cover shooting on the ground target of the shooting range.

For the training of live ammunition, when the Army transferred 15 UH-60M Black Hawk helicopters to the Air Force ambulance team in 2018, the M240 general-purpose machine guns configured on the aircraft were also transferred to the Air Force, and the on-board shooters were trained by the Army.”

This arming of medical evacuation aircraft of the Air Force Ambulance team indicates an i increasingly weary Taiwanese military in the face of historic Chinese aggression. This vignette is one small example of how the Taiwanese military is preparing for war with the Peoples Republic of China.

This announcement also coincides with the release of the Taipei City National Defense Manual which  according to the press release: “the contents of the municipal version of the manual on disaster prevention (survival) materials, personal first aid supplies, and family first aid kits are presented in the form of a checklist, allowing citizens to check whether there are any missing items; Relief Material Storage and Refuge and Shelter” project to meet the actual needs; the city’s air defense evacuation facilities, emergency hospitals, distribution stations for people’s necessities, material storage and wartime shelter and relief stations, etc. are also listed in the appendix. way to display, easy for the public to query.”