Notorious commander of Tehrik-e Taliban Pakistan, Yasir Parakay has reportedly been killed in Spin Buldak, Afghanistan, along with his uncle and nephew, who are also militants, my unknown gunmen.

Parakay is reported to have led several armed attacks and IED strikes against Pakistani soldiers including strikes on August 9th and July 4th in Mira Ali. Parakay was invited as a honorable guest to several Taliban meetings in Afghanistan since they took power last week. 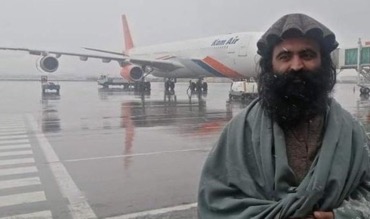 This reportedly occurred at 1000 EST and still has not been claimed by any group.

Tehrik-i-Taliban Pakistan (Student Movement of Pakistan’, abbr. TTP), commonly known as the Pakistani Taliban, is an umbrella organization of various Islamist armed militant groups operating along the Afghan–Pakistani border. Formed in 2007 by Baitullah Mehsud, its current leader is Noor Wali Mehsud, who has publicly pledged allegiance to the Afghan Taliban (Islamic Emirate of Afghanistan). The Pakistani Taliban share a common ideology with the Afghan Taliban and have assisted them in the 2001–2021 war, but the two groups have separate operation and command structures.