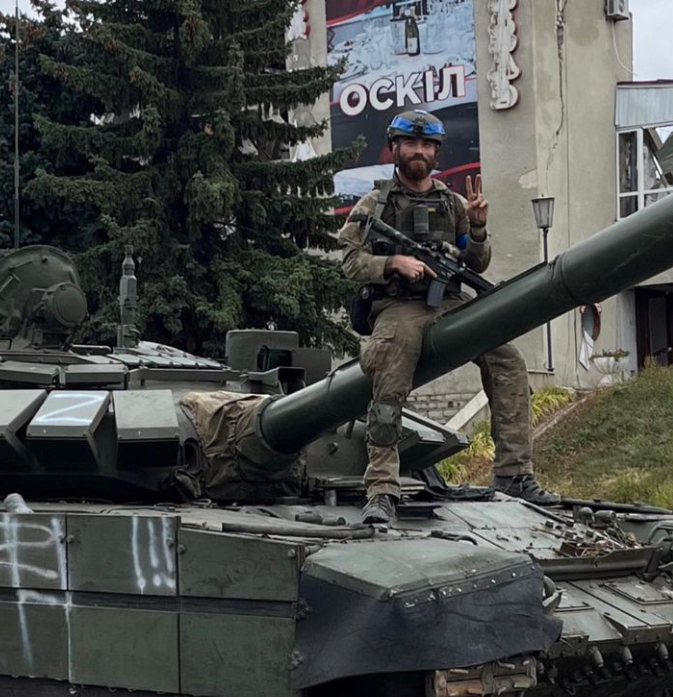 DISCALIMER: This is not news and is a personal initiative of Tessaron Social Media Intelligence:

The following is a fundraiser for a co-worker’s nephew who was wounded fighting in the Ukrainian Foreign Legion. Full details are as follows:

A few weeks ago my coworker had informed me that his nephew had been seriously wounded fighting in the Ukrainian Foreign Legion. Since then I have learned of the incredible exploits of former United States Marine, Joshua Lopez, who was honorably discharged in 2019 after serving as an 0351 Infantry Assaultman from the 3rd Battalion, 4th Marines, 1st Marine Division. As a former Marine officer, I knew I had to act:
Josh was called to act on February 24th, 2022 when the Russian Federation invaded the former-Soviet Bloc nation of Ukraine. While the initial invasion spurred his interest in joining the fight against Russian aggression, it was not until the atrocities in Bucha became public, that he materialized his plan and departed his comfortable American life. He left his civilian job and school to apply his combat training and infantry experiences towards protecting the sovereignty and liberty of the Ukrainian people.
(Note: the following information has been redacted to ensure OPSEC) After arriving in country in April, Joshua was enlisted into the SSO (Ukrainian Spetznaz or Special Forces) due to his personal connections with other fighters and his highly sought after training. After several weeks of direct action missions, he and his team of Americans and other foreigners decided to bring their experience to the Ukrainian Foreign Legion in order to act as a force multiplier.
When the August counteroffensive into Russian held-Kharkiv began, his unit was spearheading the push into a major occupied city that had housed Russian troops for 6 months. During a sharp engagement with a company sized element of Russian regulars (150) and Spetnaz (100), Josh’s squad achieved the tactical advantage on a squad of Spetnaz inside a farmhouse. While pressing the attack with grenades and small arms, the panicked Russians called in artillery on their own position, hoping to destroy Josh’s squad. A single lucky 155mm artillery round decimated Josh’s squad and seriously injured him. He took several shrapnel wounds as large as 3cm in his right arm, neck, abdomen (liver and diagram damage) and chest (collapsed lung).
Ukrainian military doctors and staff were able to provide life saving treatment and transport off the front to a hospital in Eastern Ukraine. Now that he has recovered and is ambulatory, it is time to bring Josh home. While the care of the Ukrainian government has been outstanding and continuing, they have a war to fight and it is now our duty to ensure that Josh receives the long term care he needs to return as a force multiplier for the United States.
While he is too humble to ask, this fund has been put together to provide the bare minimum for his trip home and 3 months of physical therapy near his home of record (Orlando, Fl). Here is a breakdown of costs associated with achieving that goal:
–$2,900 to comfortably transport Josh from his hospital in Eastern Ukraine to Orlando, Fl. During this trip, he will need to stay a few days in Kyiv in order to settle accounts with the U.S. embassy. Then he will move via train to Warsaw, Poland where he will fly home. This cost will cover fuel, food, housing, rail, and airfare.
–3,500 to provide Josh with a trusted U.S. interpreter and assistant that will get him from Eastern Ukraine to Orlando, Fl. This gentlemen is taking a large personal risk in transporting Josh through Ukrainian territory which still faces daily Russian airstrikes. This gentlemen will help Josh with his medical needs during the trip, interpretation services, consular services, baggage handling, and driving. This cost also covers the rail and airfare round trip for this gentleman to return to Ukraine after Josh’s handoff in Orlando. This service is absolutely needed as Josh is still recovering from significant injuries and traveling alone is simply not feasible.
–$4500 to provide Josh with 3 months of at home and in patient physical therapy. This cost has been verified by a local physical therapist in Orlando, Fl. While his treatment will most likely extend beyond 3 months, a guaranteed way to pay for at least 3 months of care is adequate.
This equals $10,900. I realize this is no small amount, especially considering the economic challenges we all face, however, I personally believe that there is a large number of Americans who wish they could do something, but cannot. While the United States government continues to support the Ukrainian government in its fight against Russian invasion, this is an opportunity for everyday people to help one of their own who not only served his country honorably, but chose to stand up to evil when he had no obligation to do so.
Please consider donating to ease Josh’s trip and transition home.
Semper Fidelis
Previous article
UK Defense Secretary Confirms RC-135 Fired Upon by Russian Jets Over Black Sea
Next article
U.K. Prime Minister Liz Truss Resigns From Office