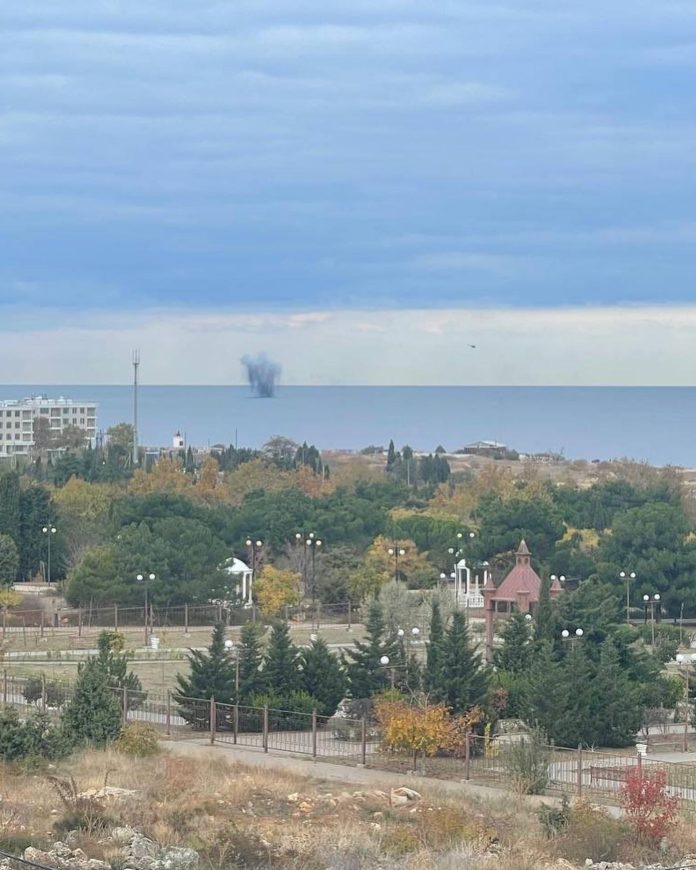 At approximately 2228 EST on 28OCT22, the Ukrainian Armed Forces carried out a complex drone attack involving more than 9 airborne UAVs and at least 9 unmanned subsurface vehicles, targeting surface combatants of the Russian Black Sea Fleet. The attack was first reported by Sevastopol Governor Razvozhaev, saying the attack was inconsequential, followed by Russian military bloggers that the attack was fake news. However, as video and pictures began to emerge, Russian officials slowly began to recognize the attack.

Over the course of three hours, Russian Black Sea vessels scrambled from port and engaged drones with their onboard anti-air missiles. By the end of the attack, the Frigate Admiral Makarov and a minesweeper Ivan Golubets sustained light damage from shrapnel, according to Russian sources. The first video depicts an underwater drone being interdicted by the boom net barrier in Yuzhnaya Bay, according to Russian sources. However, upon closer inspection, the video appears to actually show a ship being struck.

Russian Telegram users showed flight radar data depicting the presence of a U.S. RQ-4 UAV in the vicinity of the attack, but this is unconfirmed.

The Russian Ministry of Defense has officially claimed that the Ukrainian 73rd Special Center for Maritime Operations, with the aid of U.K. advisers, carried out the attack from Mykolaiv. They also claimed that the British helped Ukrainian saboteurs carry out of the NordStream attacks in a similar fashion.