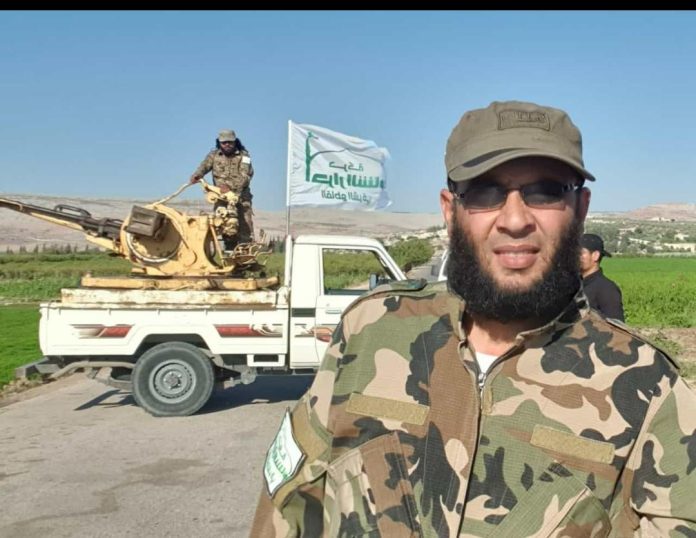 An unknown drone strike near al-Bad, Syria, has killed a top commander from the Ahrar al-Sham militant group.

In a statement, Ahrar al-Sham confirmed the death of Commander Abu Uday Ulan, but said they could not confirm who carried out the strike. According to the White Helmets, the strike targeted a house in the village of Al-Hadath, which also killed a number of livestock near the blast site.

There have been many speculations as to who carried out the strike, with most pointing towards Turkey as the United States, Russia, and Iran have not used drones to target the group, which is an element of the Turkish-backed Syrian Free Army (SFA). The past several months have seen serious infighting between groups in the SFA, such as Ahrar al-Sham’s Third Legion, Levant Front, Hamzah Division and al-Sultan Malik Shah in areas around al-Bab, which I broke down in a previous article.

The leader of the Ahrar al-Sham movement, the eastern sector, "Saddam al-Mousa Abu Uday Olan" was killed by a missile from a drone near the village of Hadath in the countryside of al-Bab city, east of Aleppo pic.twitter.com/2mGB6Bbdyb

Ahrar al-Sham ultimately called on Hay’at Tahrir al-Sham (HTS), one of the largest and most prominent militant groups in the region, for backup, which gave HTS an opportunity to expand their territory, namely into the city of Afrin at the time. With this, it is speculated that Turkey carried out a strike as a signal that it does not want Ahrar al-Sham to fancy up to HTS and potentially destabilize Turkish-controlled areas even further. Ulan was said to be a key figure in HTS and Ahrar al-Sham relations.

HTS and Turkey also have a complicated relationship. While Turkey has designated HTS as a terror group, HTS has been advancing many of Turkey’s foreign interests in the country in regards to flushing out Jihadists groups that would pose a threat to regional security. While denying any cooperation, Turkey has been accused of quietly approving HTS since they have not taken any direct measures to counter HTS expansion. Turkey, however, does not want HTS expansion to counter their proxies in the region and shift the balance of control.