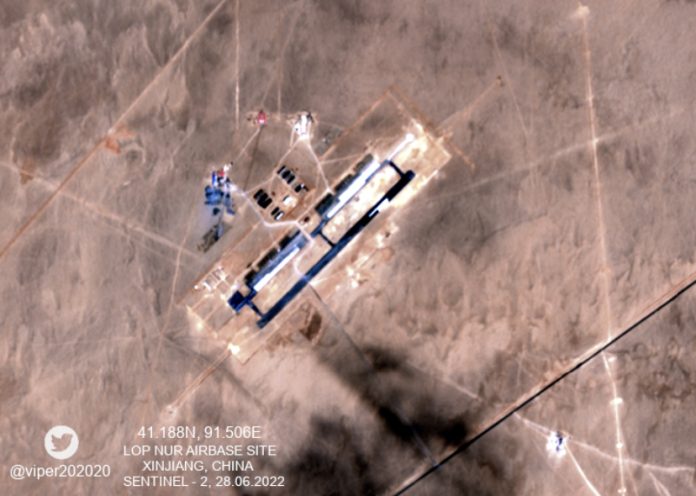 Satellite imagery of the Lop Nur nuclear test site in the Xinjiang Uygur Autonomous Region reveals a rapid expansion since imagery was taken in January. The site was the primary testing location of 45 Chinese nuclear weapons since the Soviet Union helped the Chinese select the site in October, 1959. 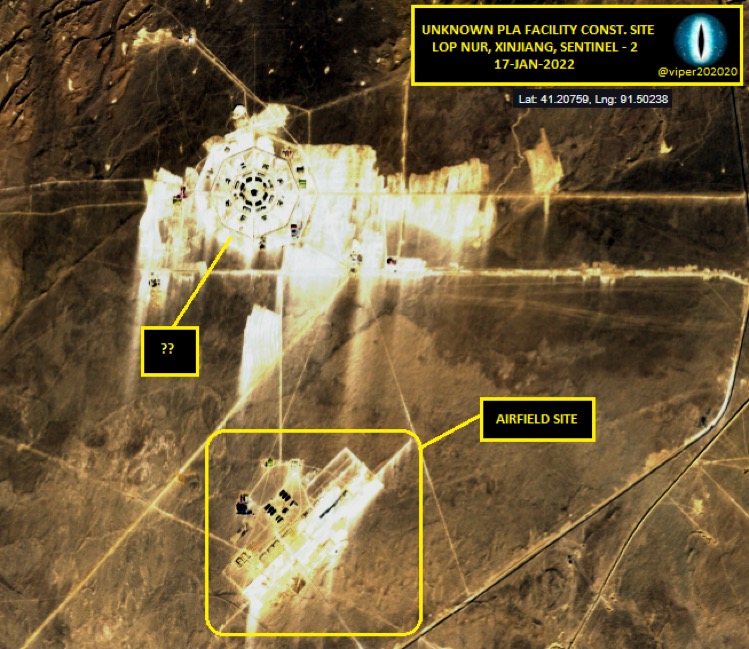 Nuclear testing was suspended in China in 1996 and activity was relatively low in the region until about five years ago when the Peoples Liberation Army and Air Force began modernizing old facilities and increasing troop deployments near the border with India and Nepal. The Chinese have built up more than 30 airfields and most significantly, their nuclear missile silo fields in Hami field, who’s connected to this airfield by Highway S235.

The rapid expansion and construction of two 10,000ft runways connected to the developing ICBM fields, and the fact that this is equivalent to the United States’ Area 51, demonstrates the Peoples Liberation Army Air Force will most likely deploy Combat Air Patrol capable interceptors at the sensitive site. As tensions continue to flare with India, it is no surprise that the Chinese are seeking to bolster their Western flank’s air power where the greatest concentration of PLA ground troops are already stationed, about 60,000. Since the Hami ICBM field is so close, the PLARF most likely would not station strategic bombers at this site in order to maintain survivability of their nuclear triad.