Satellite imagery captured at 7:21 AM Coordinated Universal Time (UTC) on June 14, or 3:21 PM June 15th, local time in Shanghai shows that China’s Type 003 Aircraft Carrier’s dry docks have been flooded and ceremonial banners have been unfurled on the deck, indicating a ceremony and launch are to occur most likely within the next 24 hours. It is also Chinese President Xi Xingping’s birthday on June 15th. Chinese social media, specifically a military blog with over 35M fans started a petition two days ago for a name for the vessel, stating its imminent launch as well.

When launched, the Peoples Liberation Army Navy will have three aircraft carriers afloat. While the Type 003 will have to perform sea trials and a range of other tests before being delivered to the military, this will be a historic day for China as their military continues to modernize in order to contend with the United States and its allies in the South China Sea and beyond.

The launch has been a highly publicized and controversial event due to its rescheduling. Weibo users made the Type 003 the highest trending topic with more than 53M mentions as rumors swirl about being postponed all the way to June 30th. A navigational warning was issued saying as much and that five other commercial ships in the dock area were to be moved for the event. 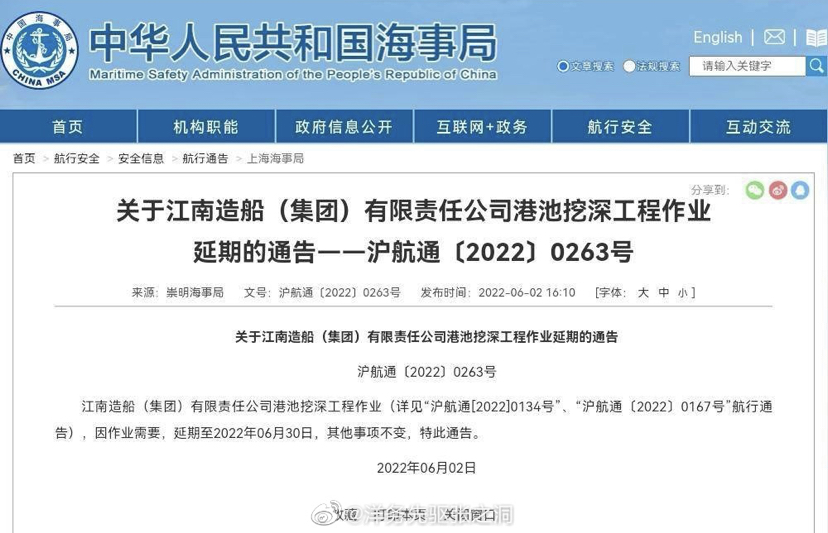