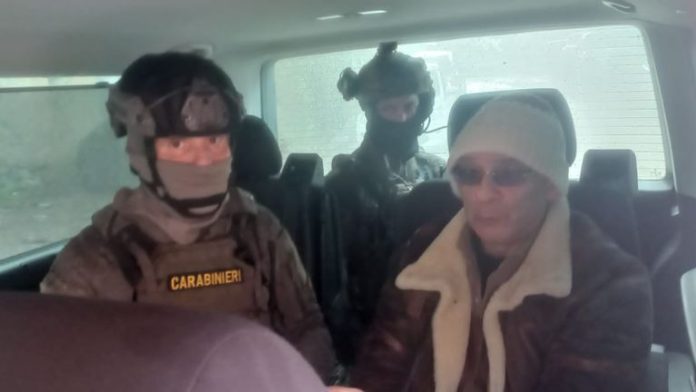 Italy’s most wanted mafia boss, Matteo Messina Denaro, 60, was arrested early on Monday morning. Denaro, leader of the Cosa Nostra mafia, was at a private hospital in Sicily’s capital Palermo when he was detained by police. Italian news outlets are reporting he may be suffering from cancer. The BBC is reporting that over one hundred members of the armed forces were involved in the operation.

Denaro has been on the run for over thirty years and faces numerous criminal charges. He was sentenced to a life sentence in absentia in 2002 for his role in the 1992 murder of anti-mafia prosecutors – Giovanni Falcone and Paolo Borsellino and numerous other murders. In 1993 he was also alleged to be involved in bombings in Rome, Florence and Milan which killed ten people. The Cosa Nostra mafia is also involved with money laundering, and drug trafficking, and is one of the world’s most renowned organised crime groups. Despite being on the run since 1993 it is widely believed Denaro continued to control and rule the mafia syndicate from the shadows.

Denaro has been so elusive to authorities that they were forced to rely on computers to generate images of Denaro. VIDEO. People clapping and cheering Carabinieri police in the streets of Palermo after the arrest of Italy's top mafia boss Matteo Messina Denaro after 30 years on the run – @repubblica pic.twitter.com/W6ptsXu7lL

Italian Prime Minister Giorgia Meloni has called the arrest “a great victory for the state that shows it never gives up in the face of the mafia” and described Denaro as the “most significant exponent of mafia crime.”