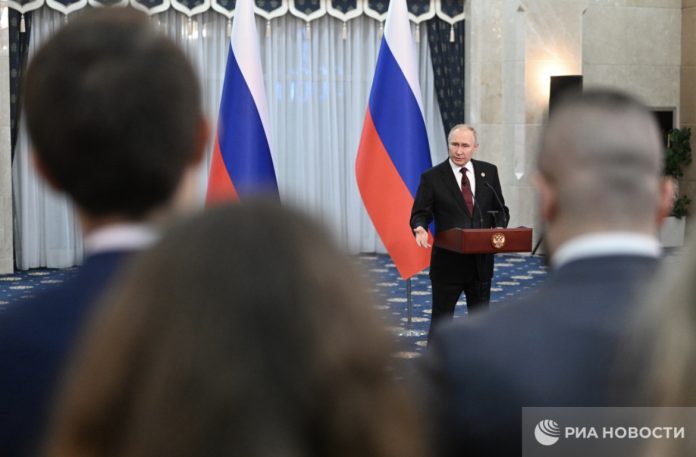 At the Eurasian Economic Union (EAEU) Conference in Bishkek, Kyrgyzstan today, Russian President Putin discussed a wide variety of topics with the press. The most notable being his mulling of the decision to implement “first strike” into Russian nuclear doctrine.

He said: “Russian doctrine, unlike the American one, does not provide for a preventive strike, only a retaliatory one. This means that the fall of enemy missile warheads on the territory of the Russian Federation is inevitable, they will fall anyway. True, nothing will remain of the enemy.”

At the same time, Russia may think about taking into service American developments, including the idea of ??a disarming strike. Now, compared to the United States, it has not only more modern and even more effective cruise missiles, but hypersonic systems, which there are not yet in the States.”

According to a Russian military doctrine stated in 2010, nuclear weapons could be used by Russia “in response to the use of nuclear and other types of weapons of mass destruction against it or its allies, and also in case of aggression against Russia with the use of conventional weapons when the very existence of the state is threatened”. Most military analysts believe that, in this case, Russia would pursue an ‘escalate to de-escalate’ strategy, initiating limited nuclear exchange to bring adversaries to the negotiating table, which is exactly what the Russian Federation has been doing during its invasion of Ukraine. So, analysts could chalk this press conference up as another saber-rattling attempt by the Russian President who reportedly has about 5,900 deliverable nuclear weapons (warhead and delivery system).

The comments made by former Chancellor Merkel surrounding the Minsk I and II agreements reportedly “disappointed” President Putin. She told press that the agreements were meant to buy time for Ukraine against Russian aggression, prompting President Putin to say that “perhaps things should have started earlier in Ukraine.” Signaling that President Putin regretted allowing eight years to pass between the 2022 invasion and the 2014 Donbass War.

After extensive talks in Minsk, Belarus, the agreement was signed on 5 September 2014 by representatives of the Trilateral Contact Group and, without recognition of their status, by the then-leaders of the self-proclaimed Donetsk People’s Republic (DPR) and Luhansk People’s Republic (LPR). This agreement followed multiple previous attempts to stop the fighting in the region and aimed to implement an immediate ceasefire. This ceasefire tenuously held until February 24th, 2022 when Russian invaded Ukraine a second time. 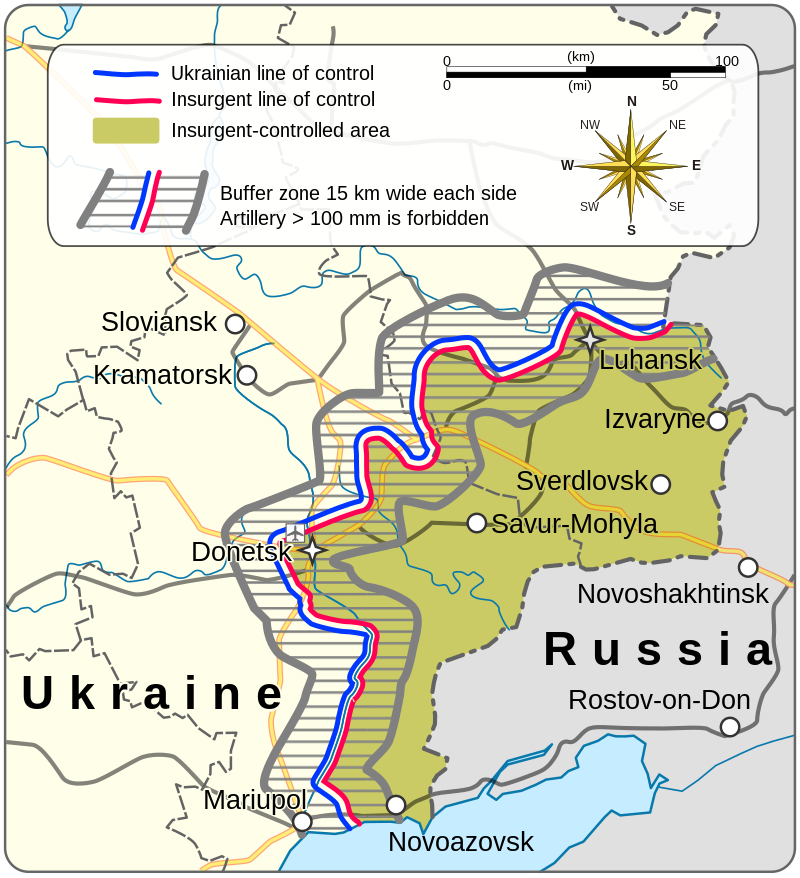 As for a peaceful resolution in Ukraine, he told press “that would have to be negotiated.” He also said that no additional mobilization was planned, but that the nearly 100,000 engaged mobilized troops in Russia would have to be rotated into Ukraine with engaged units. He also told press that Ukraine was turned into a “colony” of the West whose people were being used as “cannon fodder”.

As for the EU imposed price-cap on Russian oil which has been set at a maximum price of 60 USD per barrel for crude oil, President Putin told press that production may need to be reduced and that “consumers setting the price of oil is disastrous for the world economy.” He also announced more “concrete steps” against the price cap would be announced in the coming days.

Finally, as for the Griner exchange, President Putin told press that negotiations on the exchange of businessman Viktor Bout were conducted by the Federal Security Service and that “contacts with the United States continue and they have never stopped through the special services.”

He also said that Russia “does not refuse to continue this work in the future”, signaling an openness to negotiate the release of further prisoners. It is currently unclear what price Russia expects the U.S. to pay for Paul Whelan, who has been imprisoned since 2018 for accusations of spying.