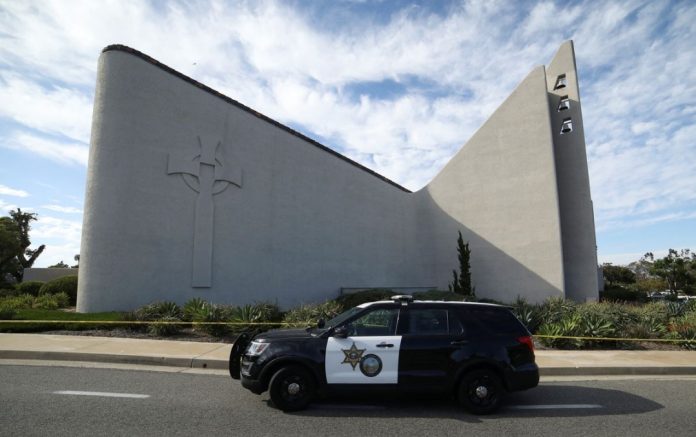 Authorities say the shooter who killed a doctor and injured five others at a California Taiwanese church over the weekend was a U.S. citizen who was born in China who hated Taiwan. Continuing to add that the man drove from Las Vegas armed with guns, including two handguns, chains and numerous Molotov cocktails. He had chained the doors of the Geneva Presbyterian Church shut, and reportedly opened fire on the 40 people attending a luncheon in honor of a former pastor of the Irvine Taiwanese Presbyterian Church. David Chou, 68, the shooter, was reportedly detained by churchgoers who hogtied his legs with an electrical cord before police arrived.

Orange County Sheriff Don Barnes said Monday that Chou’s violent assault at the Geneva Presbyterian Church in Laguna Woods, a community of mostly elderly residents, was motivated by his hatred of Taiwan and because of recent tensions between Taiwan and mainland China. “This is a manifestation of the ugliest part of our humanity that exists in our country today,” Barnes said at a news conference on Monday, also referencing the weekend’s racially motivated mass shooting in Buffalo, New York. The FBI is reportedly opening a hate crime investigation in the case