The Siege of Mariupol: A First Sign of a Scorched Earth Campaign

The Siege of Mariupol: A First Sign of a Scorched Earth Campaign 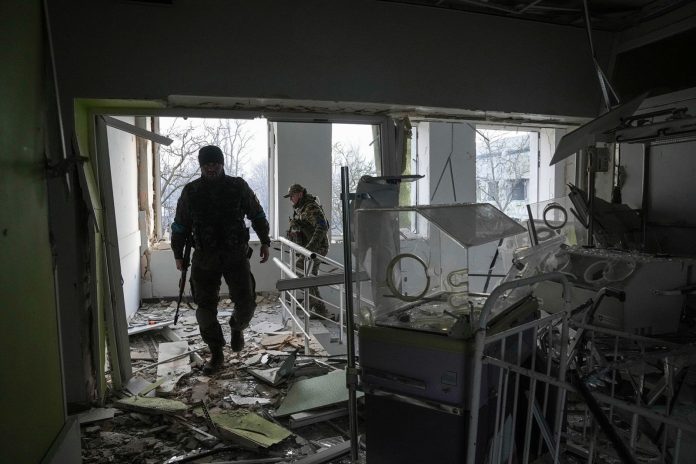 The Ukrainian city of Mariupol has been totally surrounded by Russian forces for almost three weeks now and a horrific humanitarian crisis is the result. It is the second largest city in the Donetsk Oblast (region) and holds significant strategic importance due to its geographical position. If the Russians successfully take the city, they will then have control of the Ukrainian coast along the Sea of Azov and the ability to logistically connect Luhansk, Donetsk, and Crimea.

Also, Mariupol is the largest port in the Sea of Azov area and with its berths that are much deeper than other ports in the region, it is important for improving maritime logistics for Russian forces between Crimea, The Donbas, and Russia itself. Mariupol also has the facilities for significant iron and steel production. Because of this, economic pressure will increase on Ukraine should the city fall.

Many reading this likely heard that six days ago Russian forces bombed a maternity and children’s hospital in Mariupol. Ukrainian officials claim this bombing killed three civilians and wounded 17. The Russian government responded by saying the hospital was being occupied by the Azov Battalion. But video filmed after the bombing shows there were staff and patients in the hospital. This isn’t the first time Russian forces have intentionally bombed civilian areas in this war. For example, we saw bombings of this sort in Chernihiv and Kharkiv earlier this month.

The strategy of encirclement and mass shelling that Russian forces are currently using to capture Mariupol could be a dark sign for how the war will be waged by the Russians going forward. Many who know Russian military history are concerned that the war in Ukraine will resemble The First Battle of Grozny when Russian forces obliterated the entire Chechen capital with no regard for civilian casualties before moving to take the city with little resistance. This was the most severe bombing campaign in Europe since World War Two when the Allies flattened the city of Dresden.

Ukrainian officials currently estimate that more than 2,500 civilians in Mariupol have been killed since the beginning of the siege. To put this in perspective, if these estimates are true and accurate, the civilian deaths of this siege are already higher than the civilian deaths of both the First and Second Battle of Fallujah combined.

The Ukrainian government is currently attempting to open nine humanitarian corridors to allow civilians to escape and humanitarian aid to flow in. However, according to the U.S. ambassador to the OSCE, Michael Carpenter, Russian forces have already bombed mutually acknowledged and agreed on evacuation corridors. So, the viability and safety of humanitarian corridors is questionable.

? I've geolocated this drone video which shows terrifying destruction this morning following a night of destructive shelling on the citizens of Mariupol, Ukraine.

If Russian forces repeat what they did to Grozny during the First Chechen War by fully implementing a scorched-earth strategy as they attempt to take major Ukrainian cities, the civilian casualties will undoubtably be horrifically high. Unfortunately, this doesn’t seem unlikely as the Kremlin becomes more desperate after their initial expectation of a quick, sweeping victory over Ukraine was cut down by their own logistical problems, a fiery avalanche of NATO supplied munitions, and Ukrainian forces punching above their weight.