On February 21st, 2022, Russian President Vladimir Putin recognized the self-declared Luhansk and Donetsk Peoples Republic that broke away from Ukrainian in 2014. Three days later a salvo of more than 100 Kalibr cruise missiles, more than 100 tac-air sorties, and more than 50,000 Russian troops crossed into Ukraine to enact regime change in its former satellite neighbor. However, after severe international condemnation, the Russian Federation has been hard pressed to find allies who will recognize the two separatist republics.

On February 22nd, the governments of Cuba, Nicaragua, Venezuela, Syria, Central African Republic, Belarus, and others supported Russia’s decision of recognition, but have still refused to recognize them. However, yesterday, Syrian President Assad commenced official diplomatic discussions to recognize the two self-declared republics. There are still about 4,000 Russian troops in Syria assisting the Assad regime in combatting ISIS and Western backed rebel groups.

Syria’s moves to be the first nation other than the Russian Federation to recognize the LPR and DPR are strikingly juxtaposed to President Tokayev of Kazakhstan, who at todays St. Petersburg International Economic Forum, called the DPR and LPR quasi-state territories. According to Tokayev, Kazakhstan does not recognize their independence. This statement flies in the face of Russian support of the Tokayev administration when 2,300 Russian paratroopers deployed to the former Soviet state in January of 2022 to quell nation wide riots.

This inability of the Russian Federation to rally ally support for recognition of the two self-declared republics shows the sheer economic and political pressure of the U.S. led coalition against the invasion. Especially since Russias has shifted its war aims to the East where most of the combat is centered around securing the borders of the break away republics. 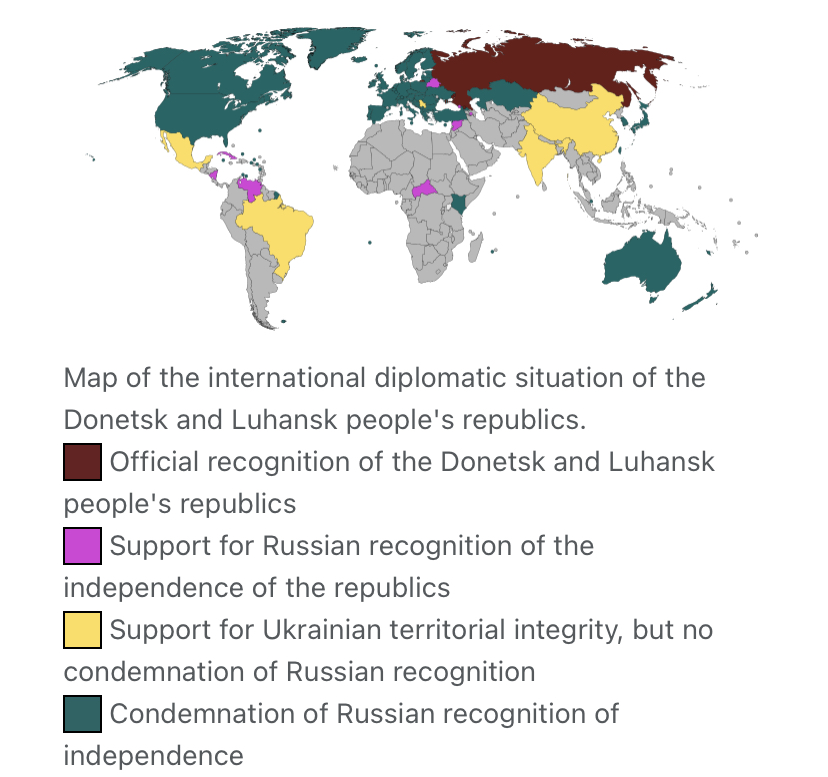