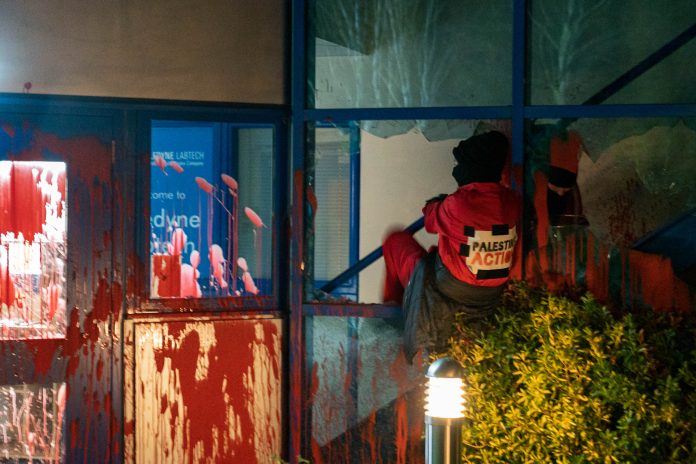 British protest group Palestine Action have broken into an arms manufacturing plant that allegedly supplies military radars to Palestine. The Teledyne Technologies’ weapons factory, located in Wales, had windows smashed and was covered in red paint. Once inside the group said activists tore up offices, smashed computers, and have begun an occupation on the roof. 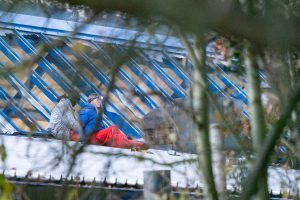 Police have arrested four people, including a 65 year old woman.

According to Palestine Action the factory “hold[s] weapons export licences for both Israel and India, where their surveillance and targeting systems are used” against Palestinian civilians. Palestine Action also stated the UK is a “hostile environment” for all companies that supply weapons or surveillance technologies to Israel.

This is not the first factory Palestine Action has targeted. Elbit Systems, Israel’s largest arms manufacturing company, has faced numerous attacks from Palestine Action. This resulted in the company abandoning its office in Kensington London and selling its factory in Oldham, Manchester.